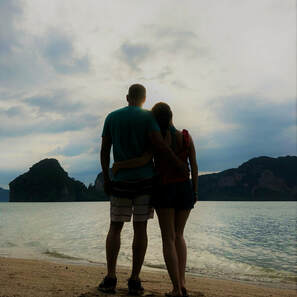 -“My type of woman” syndrome-

Most men have a certain “type” of woman who they are typically most attracted to.

Have you noticed, or has anyone told you, that you keep choosing the same woman with a different name?

Maybe you are attracted like a magnet to blondes with slender bodies, or to tan skins from the Caribbean, or to curvy figures… know that those characteristics are only the icing on the cake!

Whether you feel that you have been the victim of abuse, have been consistently cheated on or taken advantage of, have suffered from rejection, or you have accidentally or subconsciously been the cause of your breakups…

…The fact is that the one common denominator is you. Just observe without judgement.

Your awareness is needed so that you can let go of your patterns and finally attract that woman who you are most likely going to be truly happy with.

You see, I once met a man in his mid 50s who had been married to a woman who I first thought was his daughter-in-law when I saw her pictures.

She looked much younger and was as pretty as a Barbie doll. The “trophy wife”, as his friends referred to her with certain envy.

He then said that she was completely empty headed and had nothing meaningful or interesting to talk about. They had nothing in common. She was a lousy lover. The list went on.

Because she offered a sweet smile and remained mostly silent when they were among other people, everybody believed that she was just perfect and mentioned to him numerous times how lucky of a man he was.

Deep inside he felt empty, became increasingly frustrated and fell out of love.

See, as individuals we all have certain types and looks that we are mostly drawn to and that’s fine.

However, there is a lot more to enjoy a sexy, loving, exciting, healthy and truly fulfilling love relationship.

You can still have it all, but remember that, in order for you to be happy, you must be totally honest with yourself and and also be able to communicate freely and effectively your wants and needs and to listen carefully to hers.

You must unlearn the myths that you grew up believing in and resolve your relationship stories, so that you get ready to fulfill your dreams of a happy and abundant love life.

Meanwhile, I hope that you go to sleep tonight feeling a little happier and that tomorrow you feel much happier than today,